Glaciers are melting, sea levels are rising, the cloud forest is dying and wildlife is struggling to keep its pace. I am sure that you heard all that before. But how far do you think we are from facing all the consequences of the above actions? Since we, humans, are responsible for the biggest part it all comes down to that infamous warming of the planet. Here are some of my environmental thoughts.

First things first, what is Global Warming? In not so much scientific terms, Global Warming is caused by releasing heat-trapping gases as we power our modern lives. Those kinds of gases are at their highest levels in the last 800.000 years.
Global Warming as a term does not say much by itself, but it causes a huge set of changes in our everyday life. Yet, not many seem to understand the severity of the problem until now. Maybe it’s because the consequences have not caught up to us yet.

Most of you have already witnessed the climate change in your communities, small or big. We often call the result of global warming, but the actual problem is climate change. Climate change is basically the complex shift of the weather that affects various areas.
Climate Change is not just that though. It is accompanied by rising average temperatures and the very dangerous extreme weather events. This can even result in shifting wildlife populations and habitats. All of these dangers keep rising whereas humans keep doing the same thing, growing and feeding the “Green House” monster. The big question is what do we do? There is still no answer to that since we are struggling to figure it out. 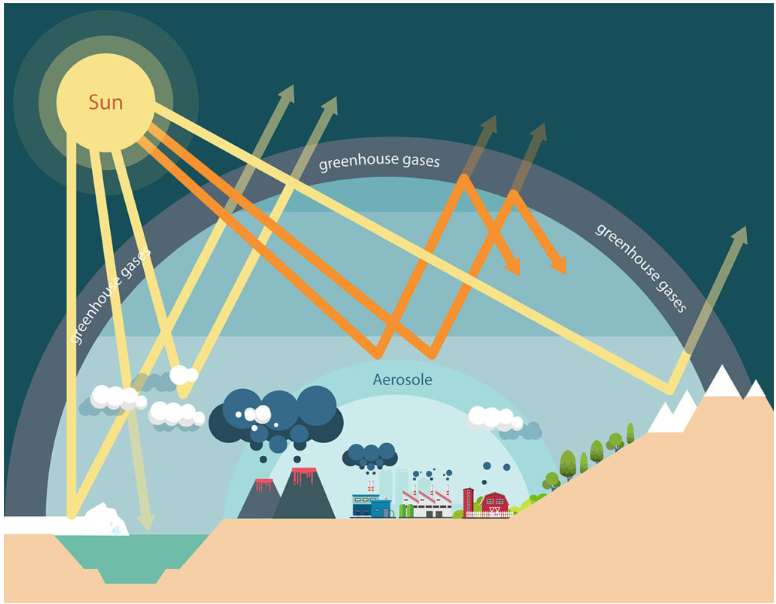 The GreenHouse effect. If any of you have a farmer background I am positive that you already know what this is. It’s a technique that farmers use to grow goods during the cold months, by technically create a warm indoor environment for the plants to grow all year round. We already know that natural “stuff” and technical are not of the same quality.
Leaving behind the above example, the Green House effect is basically when certain gases in Earth’s atmosphere trap heat. These gases let light in, but keep heat from escaping which is exactly what’s happening in a typical Green House.

We have knowledge of this effect since 1824 and it is calculated that Earth would be much colder if it had no atmosphere. It is actually that natural greenhouse effect that keeps Earth’s climate livable. Without that natural Green House effect, the Earth’s average temperature would be 33 degrees Celsius cooler.
Levels of greenhouse gases have gone up and down over the past few thousand years and were kept at a stable point. Earth’s average temperature hasn’t changed much as well. UNTIL the past 150 years. That was the point when we started burning fossil fuels and similar activities that started emitting those Green House gases. 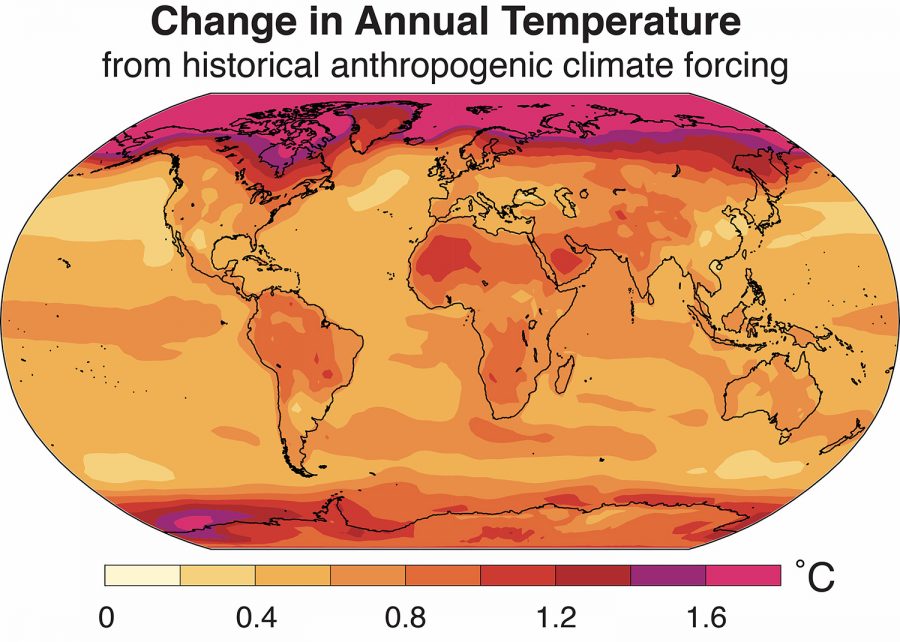 Long story short, for many many years, emissions have been balanced by natural absorb mechanisms of the planet. Therefore average temperature has been stable which allowed the human civilization to actually grow and flourish within a somewhat consistent climate.
What is the difference? Simple as follows. Carbon Dioxide in the atmosphere has increased by one third since the Industrial Revolution. What does that mean? It means that changes that could have taken thousands of years to occur, they just happened over the course of decades.

Does it matter that much? Of course, it does. The change of climate is much faster than living things can adapt to. Additionally, the unpredictability of the climate makes things even harder.
If we look into Earth’s archives, we will discover that climate changes have happened before. Warm and cold. There was a period when it was so cold that the whole European continent was covered with ice. The average temperature back then was just 5 degrees Celsius below the current average. 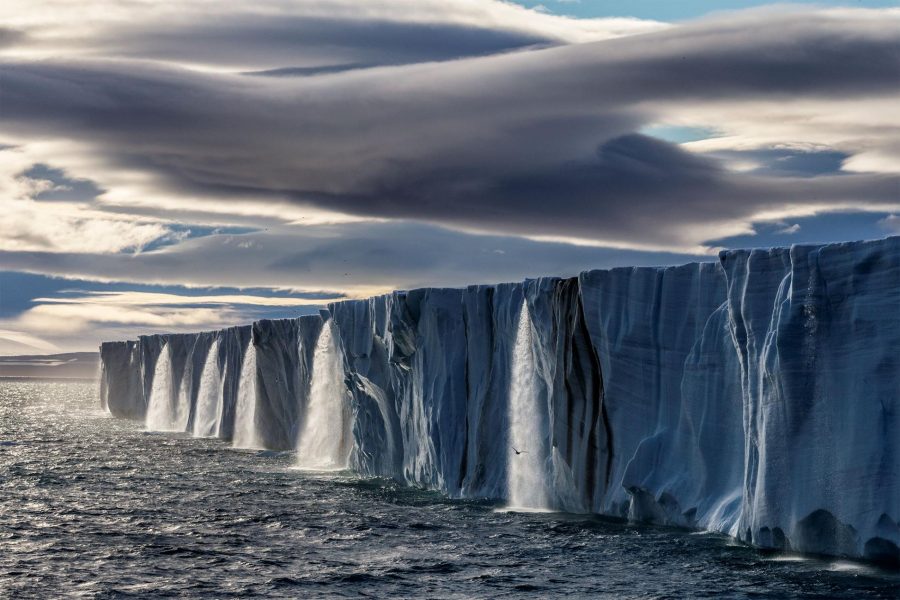 Someone might ask. But aren’t temperature changes natural? The answer is a straight-up NO. Human is the only factor that affects Earth’s climate by that much. Of course, there are other factors but they don’t happen on a daily basis. Such can be volcanic eruptions, solar radiation, solar winds, and even the El Nino effect. If you are a numbers person, keep in mind that those kinds of activities have contributed to just 2% of the problem that has occurred.

The important thing is that those changes kept occurring slowly, over hundreds of thousands of years.
Nowadays, having concentrations of greenhouse gases rising, the Earth’s Fridge, or cooling system, or whatever you can call it, has started to malfunction. In other words, Greenland and Antarctica are already melting. The extra water from the glaciers could raise the sea levels significantly and very fast.
As a result, this is why the climate can change unexpectedly. This translates into major storms, more rain following by longer and drier droughts, which affects crop growth, which changes the diet of animals and humans as well, which returns right back at the environment.

You can understand that all this is a big chain that returns right where it started. Even if we don’t want to admit it, the environment is a part of us. We might not be there to witness what will become if we don’t take care of it, but someone will be.
We should be held and feel responsible for what happens to this planet, and as it might not seem that one person can do a whole lot, believe me, it can.
Start by correcting things that you already know they are wrong. Shutting down the lights when you leave the room, not having running water while you brush your teeth or even start using those nice bamboo cups instead of plastic ones.

This is exactly why, we as a company, have grown an environmental conscious throughout the years.If we want to extend our existence on this planet we should try and sustain our presence. Every little bit that helps the planet, helps us, humans, as well. Everyone is a part of it and everyone should take part in it.

Jim Stereos
View More Posts
Based in Heraklion Crete and having lived in a number of cities around Greece, I just had to get back, after all, sometimes you just can't live without this town. Having technology as a hobby I decided to make a living out of it, so at the moment I am the IT Support Specialist at Enorme Hotels & Villas. Being a bit geeky I am into movies (yeah star wars as well), games and extreme sports such as windsurfing. I also own a cat named Tommie or he owns me, I don't know yet. On the other hand, reading is NOT one of my things, researching for stuff though is, and that's exactly where I get most of my ideas flowing. If you have any thoughts or feedback or just want to connect, feel free to contact me via any of my social media pages.
IT Support Specialist